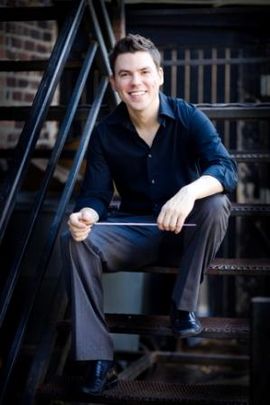 With degrees in Music Theory and Choral Conducting from the University of Georgia and the Indiana University Jacobs School of Music, A. Barron Breland has a diverse background in many different fields of music, and he has emerged as a conductor set apart from others by his eclectic skills, equipped to perform music from masterworks of the Baroque and Classic eras to great contemporary works of art, including repertoire in various popular styles. Recent choral performances conducted include Considering Matthew Shepard, the Mozart C-minor Mass, Mozart Requiem, and Beethoven Mass in C. Critics have praised the warmth and communicative power of his performances and choruses.

Breland is in demand throughout the Midwest as a conductor, chorusmaster, clinician, and adjudicator, and he has prepared choruses for Grammy and Tony-winning artists such as Laura Benanti, John Mellencamp, Brian d’Arcy James, and conductors Dale Warland and Ted Sperling. Breland has also served as Chorusmaster and prepared numerous works for the Omaha Symphony, including Beethoven’s 9th Symphony, Carmina Burana, Elijah, Messiah, and many others.

Singing from the age of 6, Breland's first exposure to professional choral music was in 1990 as a member of the Atlanta Boy Choir, where he performed with Robert Shaw and the Atlanta Symphony Orchestra, as well as in tours and festivals throughout Europe. Today, alongside his leadership of the Creighton University Chamber Choir, he is also the Music Director of Résonance, a semi-professional chorus whose debut album Pilgrimage was released in July 2020 on the MSR Classics label.

Breland also became the Artistic Director of the River City Mixed Chorus in January 2011, and in his 10-year tenure with the organization the ensemble has grown to over 120 active singing members, has headlined conferences and performed alongside Grammy-winning Conspirare, and has taken the stages of historic and iconic venues around the region. All of the ensembles under Breland’s leadership perform regularly with the Omaha Symphony, and all have performed at state and regional ACDA and NMEA conferences.